To be sung to the tune of ten green bottles…. 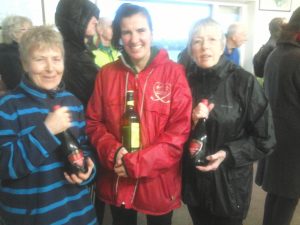 Two green runners side by side they’d stayed, two green runners who were not afraid, they kept the green vest going right until the end, Ruth Burrough and Sarah Powell, happy to finish with a friend.