Ten members of Sidmouth Running Club headed off to the Blackdown Hills to run the Blackdown Beauty. This is the sister run of the Blackdown Beast which is run over a different course in January when runners battle wet lanes, boggy fields and indeed a bog. Runners could be forgiven for thinking they had entered the wrong race as there was plenty of all of this despite the recent dry weather. Massive size pigs, horses, sheep, cows and a bull were all encountered along the way just to keep it interesting

The run itself is billed as a social run as there are no numbers and no times, only the challenge of completing this 18/19 mile self-navigation course. With the current excellent growing conditions the nettles were chest height, the undergrowth so thick and the corn so high that at times we lost sight of our shortest runner Abbi.

This is a lovely run through the beautiful Blackdown Hills taking in a mixture of lanes, trails, fields, bogs, woods, climbing over a variety of crooked styles of which there were plenty and road, not forgetting the three pub stops on the way round this year as the Merry Harriers had burnt down earlier in the year and was replaced by a water stop. 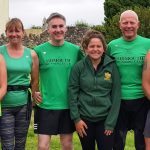 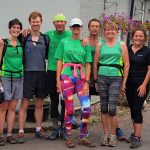 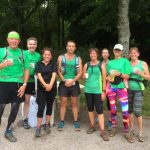 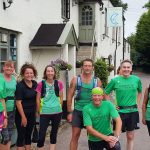 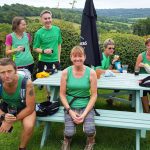 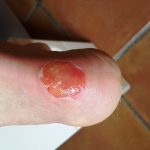 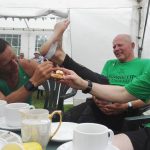 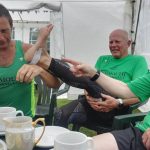 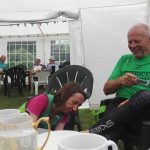 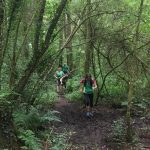 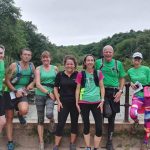 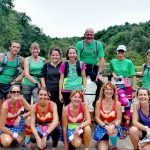 17 Mighty Green and the Super Heros 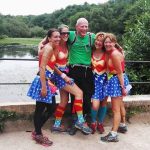 18 Terry and the Super Heros 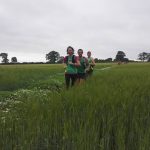 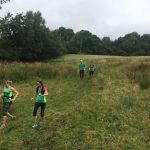 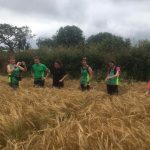 21 In the wheat field 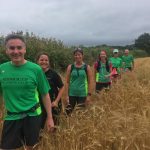 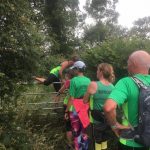 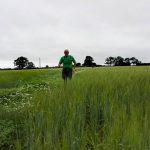 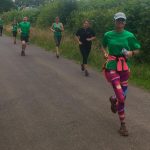 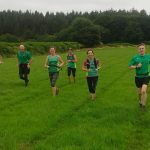 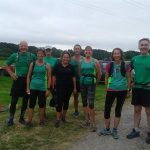 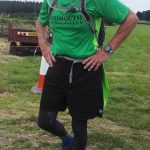 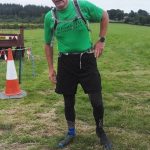 There is another reason that runners return year on year and that is for the legendary cream tea laid on by the ladies of the Smeatharpe WI at Peartree Cottage, Stapley. There were huge scones, mountains of clotted cream and lots of jams plus endless pots of tea and a beautiful garden in which to enjoy it, the only snag is that there is still six miles to run afterwards. 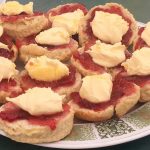 For Helen Palmer this was the last of the six long runs she had set herself to complete this year. The Four Trigs 17 miles, The Grizzly 20 miles, Exe to Axe 22 miles, Blackdown Beast 17 miles, Women Can Marathon 26 miles and now the Beauty 18 miles. Congratulations Helen, what next?

Danny Painter experienced a social run for the first time. Normally Danny can be seen disappearing over the horizon on a ultra-marathon at pace but owing to a hamstring injury he wanted to test his recovery with a long easy paced run so this was just the ticket for him and his map reading skills were a bonus for us as we did not get lost this time. 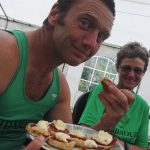 10 Danny and the scones

This was Jim’s first run with the club having been persuaded to join by wife Charlotte and their first social run. Competitive athletes find it hard to run socially and so it was with these two as by the time the rest of us got to the bottom of the first field they were gone, although it may have been down to some naughty person telling them that there were only enough cream teas for the first hundred runners!! They also found out that on this type of run it does not pay to be at the front battling through the shoulder high stinging nettles as they found out by the state of their legs at the finish, much better to be 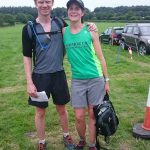 further back and let others flatten them for you.

Then there was our youngest team member Abbi. My preparation for the race was to hydrate on water the day before, pasta for dinner, bed at 10pm and porridge for breakfast. Abbi, burgers on the BBQ, washed down with numerous pints of cider, followed by stargazing in the Byes on the way home and bed at 2am. In the car in the morning complete with hangover she did not look well. 18 miles later she is as bright as a button and I am looking like she did at the start. It is always a pleasure to run with Abbi as the photos show her smile gets bigger and bigger the further we run and she does all this with very little distance training.

At the finish you are normally encouraged up the last field to the sound of Chariots of Fire blasted out by DJ Howard Bidmead chair of Honiton Running Club who organised this excellent event but this year he had taken a holiday. To make sure you do not go home hungry they even have a BBQ set up in a barn with plenty of food and drink on offer, hay bales on which to relax and enjoy it and all in the name of charity, this year raising over £1000 for Macmillan.