The inaugural Snowdonia Marathon was held in 1982, and was conceived as a dramatic alternative to the numerous city and town races becoming so popular. This demanding and spectacular route, encircling Snowdon, Wales’ and England’s highest peak, has given the event a unique place in the annual marathon calendar. This much loved marathon has twice been voted the best marathon in the UK despite it being widely regarded as one of the most difficult.

The race starts just outside Llanberis and is challenging from the very start as it climbs to the top of the Llanberis Pass (1,100ft) before dropping down and along the ancient Nant Cwyryd road towards Pen-y-Cwyryd. Then comes a spell of respite as the route heads to Beddgelert (200ft) and then on to Waunfawr. It is then a rapid climb up to Bwlch y Groes at about 1,200ft before heading downhill to the finish at Llanberis.

Experienced marathon runner Danny Painter from SIDMOUTH Running Club set off to take part in good spirit but this soon disappeared spending 8 hours in Friday evening motorway traffic trying to get there. However that was soon forgotten lining up at the start the next morning. Another excellent run saw him finish in 3:43:03. His stage positions were Pen y Pass 370, halfway 282, 23 miles 321 and finished 308 overall in a field of 2069 finishers. 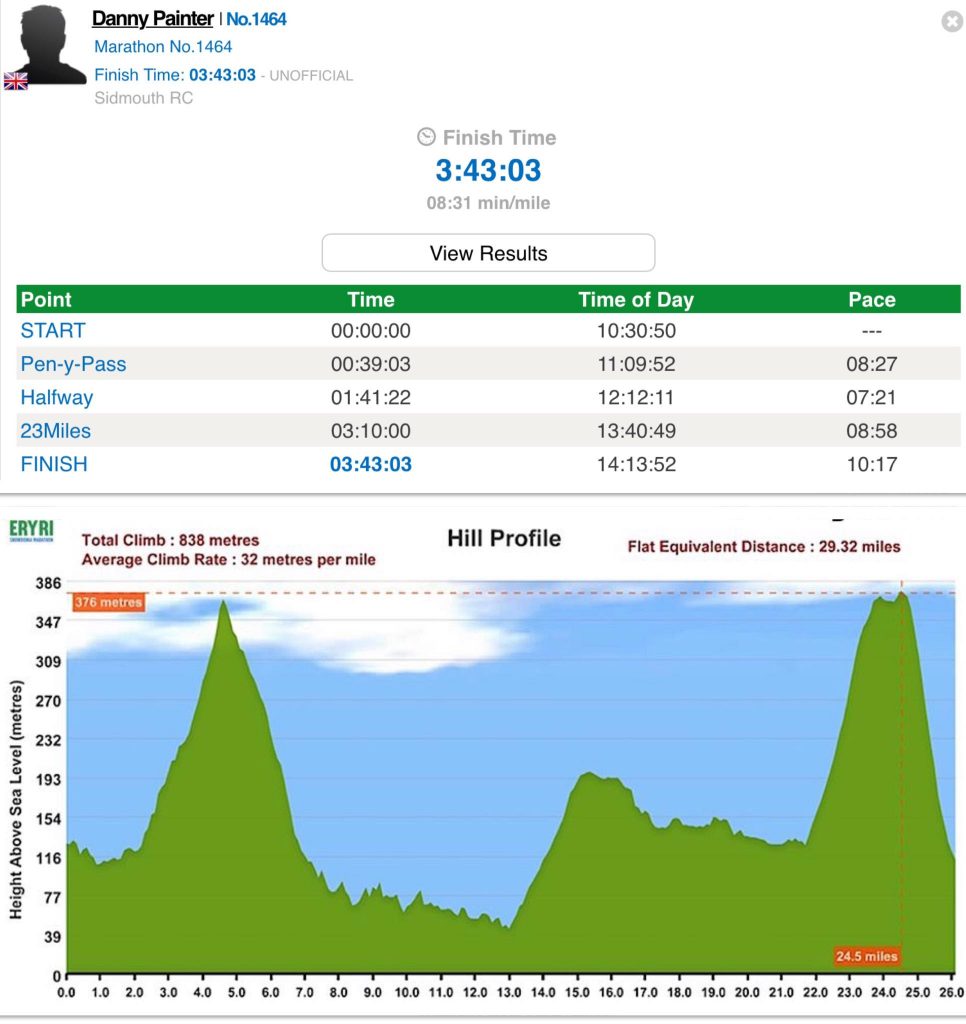 Not a race for the faint hearted.