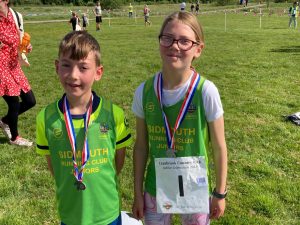 All three enjoyed the run but especially Barney who finished first and although proud to receive a trophy for first male was far more interested in the inflatable football which was in his goody bag! 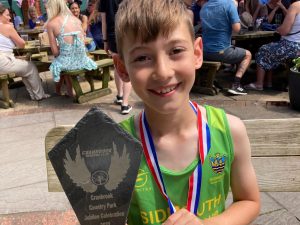 A very happy Barney Baxter with his trophy 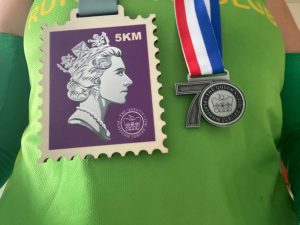 while Liz Goodman entered into the Jubilee spirit by running in 3 pairs of socks on Saturday to achieve a red, white and blue effect! 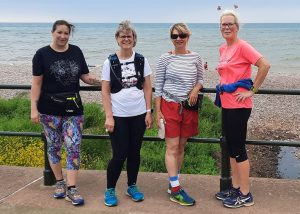 Liz Goodman and her Jubilee socks