On Saturday 1st May the first ever Sid Valley Ring half marathon organised by Climb South West took place. Starting from Glen Road, Adrian ‘Gripper’ Horne and his son Ollie, were pleased to see fellow Sidmouth Running Club members Antony Hall and Niall Francis. Niall was a late entry filling in for his friend who was unable to run which meant that he had the opportunity to run with Adam Slater from his old club. 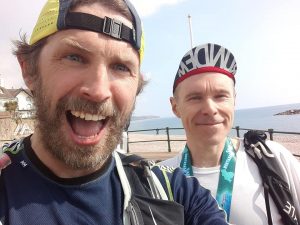 Also at the start line was a trio of Mighty Greens, Ann Cole, Julia Haddrell and Carol McManus facing their biggest challenge to date. 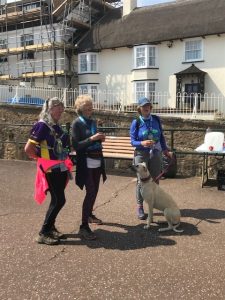 With cheering support from Graham ‘Rocker’ Sheppard at Sidbury spurring them on, Gripper and Ollie hit the 10 mile mark in just under 2 hours and it looked like they could be on for a two and a half hour finish; but the sun and hills had taken it out of Gripper a bit and made it over the line in 90th position, in a very respectable 2:42:40, 39 seconds after Ollie. Gripper said, ’It’s nice to be back running events and this was a great course in glorious conditions-I will definitely be signing up for next years.” 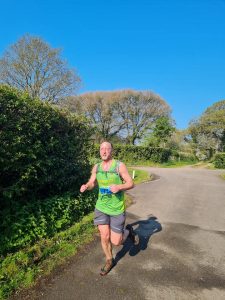 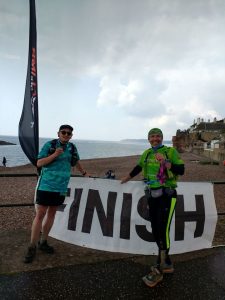 Ann, Julia and Carol crossed the finishing line at the end of the esplanade with huge smiles in 5:40:00, a great achievement running that distance.