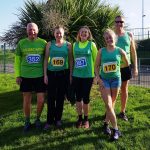 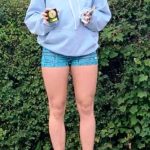 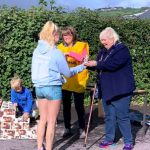 The Minster Challenge, a multi-terrain race of approx. 12km, (7.5 miles). A pretty route amongst farmland, woods, fields, country lanes, uneven footpaths, streams and the aptly named ‘Evil Lane’. Oh and plenty of mud writes Terry Bewes
After the short drop down to the main road from the start, the next 6km turned out to be all uphill, rising to around 750 feet. At times due to the mud, we found ourselves going backwards down the hill. Following this section was a few kilometres of mainly meandering downhill descents before reaching another kilometre of steep climb. This was just to test us all before turning to run mainly downhill to the finish. The course is run in a figure of eight with the 5km runners completing one circuit.
There were five Sidmouth runners, two in the 5km and three in the 12km taking part and all were recovering from one injury or another, so this was to be a stern test for them. Kate Marriott proved that her foot problem is well and truly behind her with a stunning run, winning first female, first under 15 and finishing 6th overall in 28:24. Suzi Rockey ( knee injury ) continues with the 5km races and her knee held up well in the conditions. However, Suzi felt like she had not performed to the best of her ability. Suzi, well done, you took part and it doesn’t matter were you came. In the 12km Debbie Marriott ( hamstring ) and Don Cawthera ( collarbone ) ran around together both finishing in 1:21:20. Myself, Terry Bewes ( operation ) continue on my way back to fitness. The challenge this time was to test my head and legs and to run the whole of this challenging course on my own, without walking or stopping. Runners know that the first thing to go is your head which is usually trying to convince you that it has had enough! Thanks to the physio and massage theopy, Barbra Vidion, Yoga and Lauren Clapp Personal Training over the last six weeks, I did it, crossing the finish line in 1:28:38. Next up for me is the Dark Woods 6 mile race in the Quantocks this coming weekend, it has a hilly theme again…! Bring it on