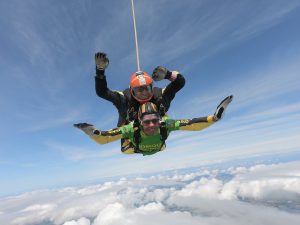 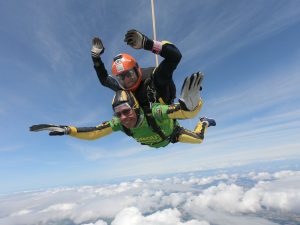 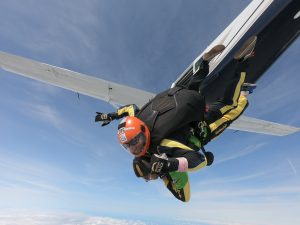 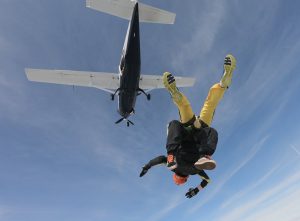 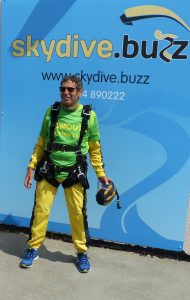 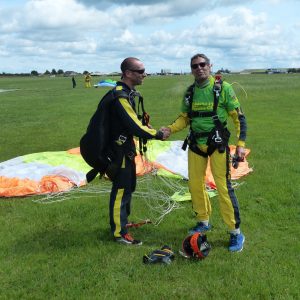 Spotted at 15,000 feet, high in the skies above East Devon on an ordinary summer’s afternoon was a strange green flash writes Hamish Spence.

Questions are being asked as to what it could have been on the afternoon of the 31st of July 2019. Our indigenous birds are not green and parrots can’t fly that high. UFO’s have not been sighted for decades. Was it the notorious ‘Devon Green Flash ’? A very new phenomena that scientists will not speak about and only ever refer to as the UFD, ( you would have thought that they would refer to it as the DGF)…strange!

The facts around this according to the two witnesses, is that the UFD was green and travelled at over 120mph for just one minute. Also, that a light mono-aeroplane was seen in the same area at the same time. Worth noting that normally the UFD’s are seen traveling on the the ground at speeds of between 6:30min/miles and 12:30min/miles. The UFD’s have been sighted mostly in the East Devon area but in more recent years there have been sightings in Holland. However, never have they been seen as high as 15,000 feet above the surface of the Earth!

So, it was time to dig deeper and to investigate the aeroplane. It took a few days to track it down, but i found the pilot at Dunkerswell airfield (we will call him Dave to keep him anonymous). He agreed to show me that day’s entry in the log-book. The evidence was sketchy, but it showed that he in-fact had been flying at the same altitude, in the same area at the same time. He told me that three men approached him with a request to take them up for a spin. He, Dave that is, also told me that the three men were wearing crash helmets with sun glasses, so facial recognition was limited. However he continued, one spoke with a Dutch accent, was very friendly and so polite. One carried expensive camera equipment. They asked Dave to take them to 15,000 feet, where suddenly they all jumped out! Could this be the lead that I was looking for?

My next line of enquiry led me to Sidmouth, the area where most sightings have been seen. I spent two days watching and listening. Whilst sat under the balcony of the Port Royal building on the seafront one sunny morning, I overheard a conversation. The information I heard was that the Mighty Greens would be meeting up at the villages of Otterton on Monday evening and Newton Poppleford on Wednesday evening. Along with an old Sidmouth Running Club tee-shirt that I had found lying on the ground next to a sailing boat at Port Royal, this was the closest link to anything green so far!

Monday evening, sat in the Kings Arms pub in Otterton, drink and camera in hand just waiting and watching… there they were! Twenty, maybe thirty of them, not all in green though. How curious!?  And then it happened… a green flash and they were gone! Wednesday evening at the Newton Poppleford Tennis courts, I’m wearing my running kit with the old SRC teeshirt that i had found (I needed to blend in). I get talking and discover how friendly these beings are. Then there was a loud whistle and the chatter faded out. King Terry as he is fondly called, did the announcements and said how smart everyone looked in their Mighty Green kit. The routes were explained and everyone got into different groups. Then it happens again, that green flash! This time I’m with some of them in a small group. They had let me into their world. Wow, what fun.

We were running through Harpford woods along the old railway line, when I discovered that the Dutchman was present in this group and running with me. I found him very easy to talk to and he spoke about some of his time spent in the UK. He took part in many London marathons earning himself the nick-name of The Flying Dutchman. Even at his young age of 70 he was still living up to this well earned name (I was only just keeping up with him). He told me of various fund raising events that he’s been involved in recently, like the swimming relay event last October in Sidmouth in which some of his fellow SRC friends participated with him in his team. He then let on that last Wednesday afternoon he had done a life times ambition parachute jump.

I now felt I knew the secret about the notorious Unidentified Devon Flash. I in-fact I now knew the identity of the person who created the most recent occurrence of the high altitude UDF. Well done to Tony Velterop on your Birthday parachute jump. You now hold the record for the oldest and fastest Mighty Green being worn at the highest altitude., beating Naomi Garrick who did the jump on a previous occasion, but did not wear an MG teeshirt.