Sidmouth Running club members have been knocking out the distance runs over the last couple of weeks with more on the cards this weekend.

With the big club event of the year, ‘JP’s Exe to Axe’ attracting over 200 runners, this ‘brute of a race’ is one of the toughest and most picturesque running challenges of the year. Starting in Exmouth runners followed the South West coastpath eastward for 22 miles taking in Budleigh, Sidmouth, Branscombe and Beer before finally arriving at the River Axe in Seaton.

As well as spectacular scenery runners tackled 4,000ft of ascent with numerous climbs as the trail switchbacked down to sea level and then up again along clifftop tracks through fields and woodland.

The overall winner, Brennan Townshend from Climb SouthWest left race organisers speechless by predicting he would complete the challenge in 2h 45mins, and doing so with 5 seconds to spare. It is very rare for runners to predict times so accurately especially with terrain so challenging. From SRC were Jessica Raynor (3:4:21) Mark Soutar (3:53:09) Polly Walton (4:37:23) Kaylee and Lynda Hawkins (4:45:30) Jess Trim (4:50:24) and in relay Anthony Hall and Justin Ashby (3:01:48) and Sidmouth Strollers (4:59:02).

Race Organiser Paul Mitchell paid tribute to all the volunteers who helped make the event a success. ‘Well done, today we had runners from as far afield as Scotland and the Isles of Scilly. You did us proud’. 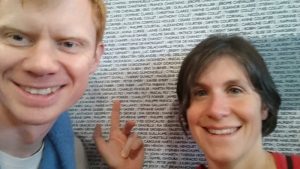 Meanwhile Charlotte and Jim Forrer took part in the Paris Marathon and ran together for most of the race, enjoying sights, crowds, food stops and water fountains (oh yes and the running!). At mile 22 Jim decided to push on and came in at 3h58m with Charlotte hot on his heels at 4h04m. ‘I enjoyed myself so much’, said Charlotte, ‘I kept high-fiving the spectators. It was a brilliant trip, highly recommended’. 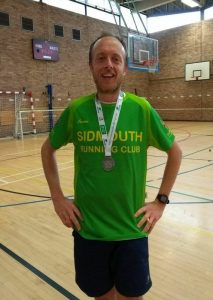 With the London Marathon finally upon us, several members, including Kerry Boyle, Clare Ashby, Antony Hall and Nigel Maeer are at the end of many months of training and in peak condition for the big race. Just to make it extra challenging forecasters are predicting the hottest London Marathon on record. Good Luck Runners!