A Year to celebrate at Sidmouth Running Club

Sidmouth Running Club’s AGM and Trophy night took place after last Wednesday’s club run and allowed the many members who attended to reflect on a successful year for the Club.

Club Chairman, Terry Bewes, reported to members on the growing membership, the success of the Beginners and Improvers Courses, and the events and activities organised by the Club during 2017. With over 200 members and a selection of regular runs of different distances being led on and off road every week by run leaders, Terry paid tribute to the Committee, helpers and run leaders who made it all possible. The club invests in the training of its run leaders and Terry told his audience that with a growing membership, more were needed and invited members to consider taking the opportunity to be trained and to lead.

The Chairman also recorded a vote of thanks to Vice Chair Becky Robson who in 2017 resurrected the Time Trials with a record 74 members recording times on the first outing at the start of the season. Each month the time trial over the same course allowed members to track improvements in speed. Club members bid Becky a fond farewell as she has retired from the Club after 15 years of successful running and non-stop encouragement for others.

Looking forward Terry pledged that the Club would concentrate on its core strength, running. He said, ‘The beginner’s group this year showed great commitment so we will endeavour to train and encourage them to achieve even greater heights than the nonstop 3 miles they can all run now. Tim Mitchell’s work in the role off Head Coach has been inspiring and his technical and improvers courses have been very well received by those taking part.

He highlighted to members that SRC would be hosting the Woodland Relays in June. ‘These runs are for teams of 3 and the short course of 3-4km will be ideal for our beginners and will be an excellent opportunity to put the training into practice and have a fun evening’

One of the features of 2017 has been the growing strength of the group of younger female runners and Terry was pleased to tell members that Kerry Boyle will be working throughout the year towards becoming the Junior Leader, and Claire Ashby has agreed to help her taking various courses up to assistant coach level.

With exciting times ahead Club members enjoyed the presentation of an array of Trophies and Awards to runners and those who had made special contributions and achievements. 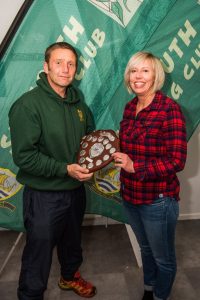 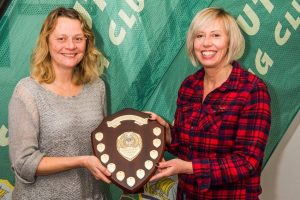 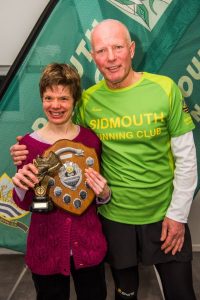 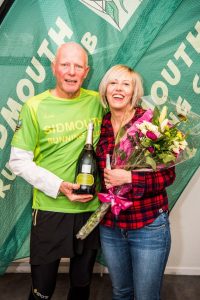 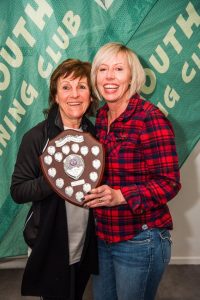 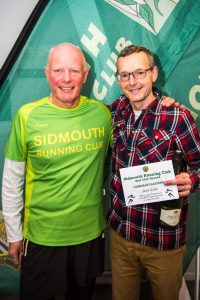 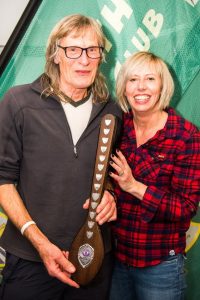