JP’s Exe to the Axe Race

It was a chilly but beautiful morning that would get sunnier and warmer throughout the day that greeted the 275 competitors that gathered at the Foxholes car park in Exmouth on Sunday for the start of the most seriously gruelling JP’s Exe to Axe race. 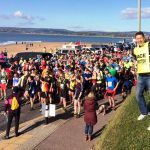 Paul at the Start 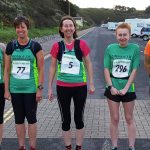 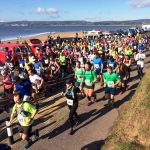 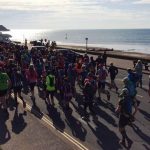 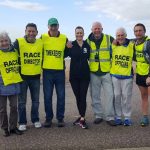 ‘A brute of a race with some extraordinary views’ was how Runners World described it in its April edition. And our ANOB did not let them down with some outstanding views along the 22 mile route. Full results can be found here. Additional photos by Kyle Baker Photography and Kit Woodcock. More photos of Sidmouth Runners that Kyle took can be found here. 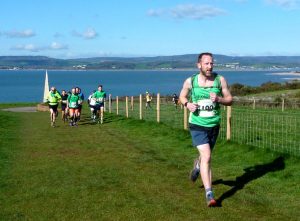 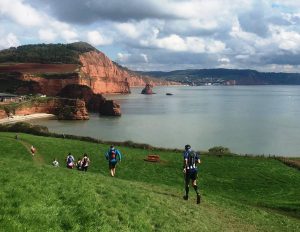 First to finish was Michael Robinson of Exmouth Harriers in 2:53:15, this was the third time that he has won this race. Second, Richard Roberts of Eryri Harriers in 3:00:37, Richard took a wrong turning near the end putting him just over the 3 hours.

Third, Graham Willis Tiverton Harriers in 3:07:58. First lady was Anna Bartlett of Mercia Fell Runners in 3:21:33 who also took the female over 40 trophy.

First club runner home was once again Antony Hall in 41st place in 3:45:13: Gary Anning 3:54:46: Nigel Maeer 4:08:36: Julian Bartlett 4:14:50: Simon Hollyer 4:47:51: Lynda Hawkins 5:03:17. Lynda had planned to run with daughter Kaylee but a bad ankle injury a couple of days before put paid to that. Jo Earlam 5:06:29: Becky Robson dropped out at Budleigh Salterton with a niggle in her calf and with the London Marathon coming up very sensibly decided not to risk an injury. 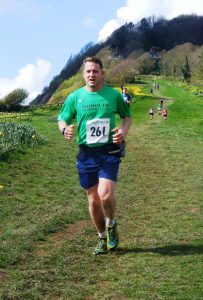 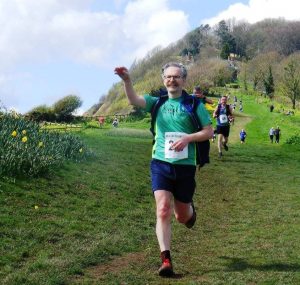 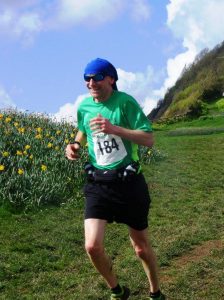 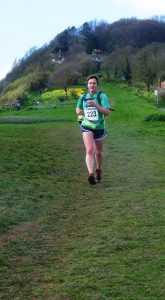 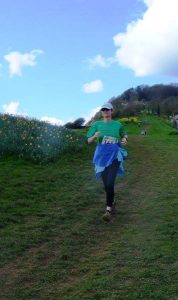 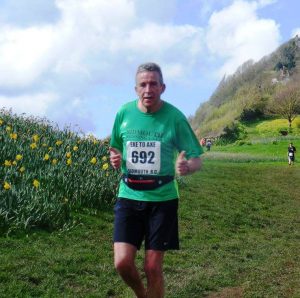 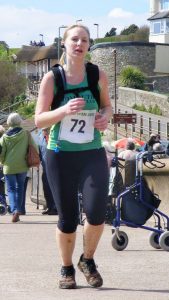 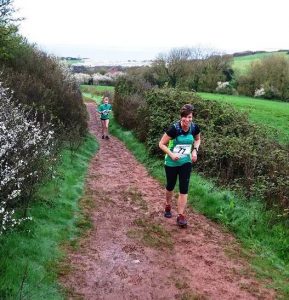 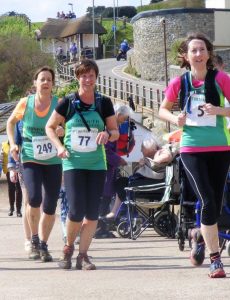 Sidmouth was also well represented by the Sidmouth Sirens, Helen Palmer, 5:26:07: Monica Read, 5:26:07: Sue Collman 5:26:08 and Janice Ranson 5:23:32. This was the first time Monica and Sue had run this race and they did extremely well. Beth Wells who joined the beginner’s course in January and who had run from Exmouth to Ladram Bay a few weeks earlier reasoned that it was not much further to Sidmouth maybe forgetting the two large hills in between but finished in a respectable time of 2:22:00.

In the team event Sidmouth Mighty Green Oldies, Jon Ball and Tim Clay came 6th in 4:16:30 and Sidmouth Ancient and Dazed Arthur and Christine Vince brought the proceedings to an end in 7:42:16

Another runner training for a 100k run in the Alps ran to Seaton, ate a flapjack, turned around and ran back to Exmouth to catch a train back to Exeter that he had previously booked. 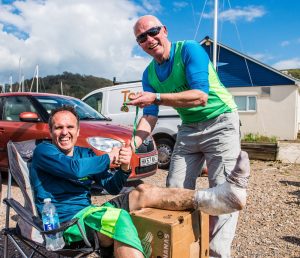 The story of the day belongs to the West Hill contingent. Jo Pavey the Club’s ambassador is in the final stages of her training for the London Marathon so was unable to run, however husband Gavin was talked into running with a group of friends who had already entered. Seizing the opportunity at the start Terry Bewes quickly took off his club running vest and gave it to him to wear. This was paying off as at Budleigh, Gavin went by in 6th place and at Sidmouth he had dropped back a little, the reason would become clear later. The next time I saw him was at the finish when I heard someone say “There’s Gavin”, I looked up but could not see him on the promenade then I saw him on the pavement being supported by a medic, his rescuer and a shooting stick. It turned out that the injury to his achilles started as he came down Peak Hill and by the time he got to the top of Weston cliff it was so swollen and sore that he could not walk on it. Luckily running club member David Hedges was out on the cliff in his jeep and had the shooting stick with him so with the help of David and the stick he managed to drag himself to a lane where he was hauled into the jeep and driven to Seaton. It was decided that as he had only completed half of the race he would be awarded only half a medal.

One of his team mates also didn’t fare much better getting lost and running a further 3 miles ending up at the Donkey Sanctuary and he too came in for a lot of stick as he is supposed to be good at map reading being a Royal Marine. They eventually made their way to the Bowd Inn to rehydrate on real ale.

The club would like to thank Johanna Morgan the Zumba diva from JM Dance Fit for the Zumba warm up. Thanks also to Axe Valley Runners for the water station at Branscombe. 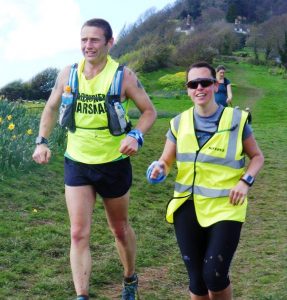 Several runners asked the Club to pass on their gratitude to Corrina Stevens and Danny Painter the back markers for all their help and encouragement which got them through the final stages of the run. It was however a fitting reward at the finish when many competitors were full of praise and congratulated Paul Mitchell the Race Director on the organisation and how well the whole day had gone and said they would be back next year in greater numbers. Paul however was quick to point out that without the support of the Club members, their spouses and children it would not have been the success it was.

Not only did our AONB shine but SIDMOUTH Running Club did as well.
Congratulations to you all.