The mighty green vests of Sidmouth Running Club members were put to one side for the sake of charity this week. As part of the entry fee for the Stroke Association Resolution Run, held at Escot, runners were provided with a very smart vest or t-shirt to wear. 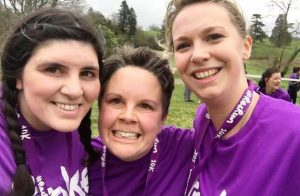 It was a dull, cold day and very windy. Lots of people were putting on extra layers of clothing, gloves and hats. There was a very cheery atmosphere amongst the contestants and the musical warm up was enjoyed by all, especially John as you can see. The course was mostly road and track with a couple of small hills, with about a quarter of it taking you along a woodland trail. There was a choice of three distances 5K, 10K or 15K, one, two or three laps of the course.

The star club runners or should I say super stars would have to be Team Mediocre made up of Hayley Otway, Kim Harland and Rachel Austen-Rigby; these three ladies started on the beginner’s course in January. The furthest they had run to date was 5k and here they are now having completed their first 10K in 1:20:00 with a stunning medal to prove it. I have also had inside information that Kim and Rachel only intended to run the 5K but the gentle persuasion of Hayley convinced them to run the 10K. A potential running club run leader in the making and a new name, Team Awesome. Congratulations ladies. 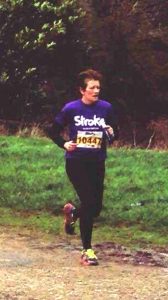 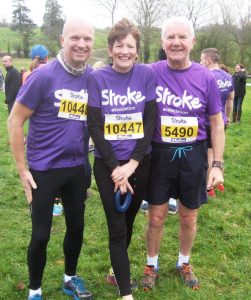 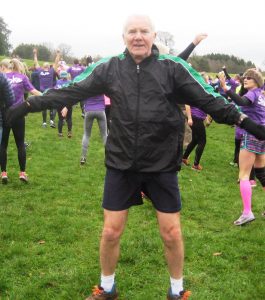 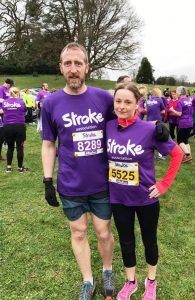 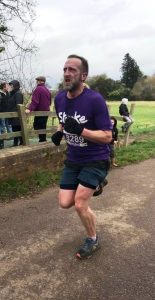 Although pleased with the second place he was gutted to miss out on the hour mark especially after the painful sprint finish as you can see in the photo.

All timings were taken from their watches as people were saying that the official time clock was 5 minutes out.