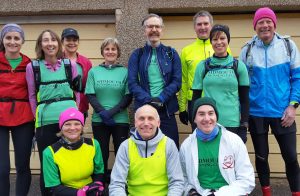 This year set a record with 180 lining up at the start. This is a 17 plus mile self-navigation social run with 1600 feet of elevation gain over the beautiful Blackdown Hills. We were promised plenty of mud, bog and hills in the pre-race information and there were plenty of each, but on the day with the temperature at minus 3, ice and frozen ground proved more of a problem.

The run is split into 4 legs, the first about 7 miles takes you through fields, lanes, woods, farmyards and a proper bog to Smeatharpe Village Hall where the W.I. ladies had hot pasties and mulled cider waiting. 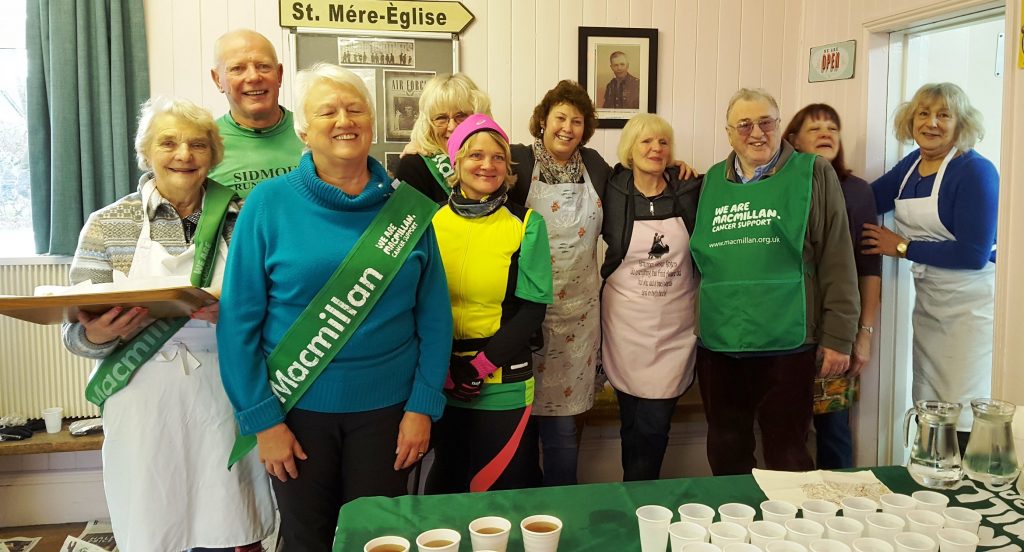 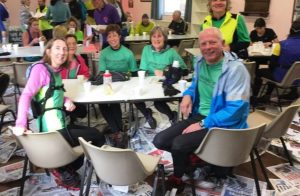 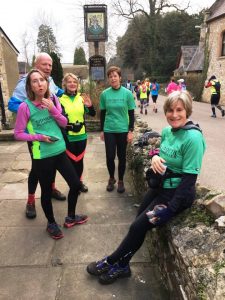 The next leg of about 3 miles and the easiest takes you to the Sidmouth Arms at Upottery where more liquid refreshment is available. You have the opportunity of finishing here and taking a bus back to the start and Milly Marvel Frankpitt feeling the effects of the freezing conditions took this option.

Leg 3 is only about 3.5miles but very tough. After a road run to Rawridge you then make your way across two frozen fields before starting a mile plus climb up to and through the Buddhist Monastery woodland with its lake, to the top of the ridge where you are rewarded with a fantastic 180 degree panoramic view before dropping down into Luppit.

Arriving at the unique Luppit Inn which is one of the smallest Inns in the country you are greeted by Gladys the Landlady who will tell you “I am nearly 95 you know”, a great character, also her granddaughter. 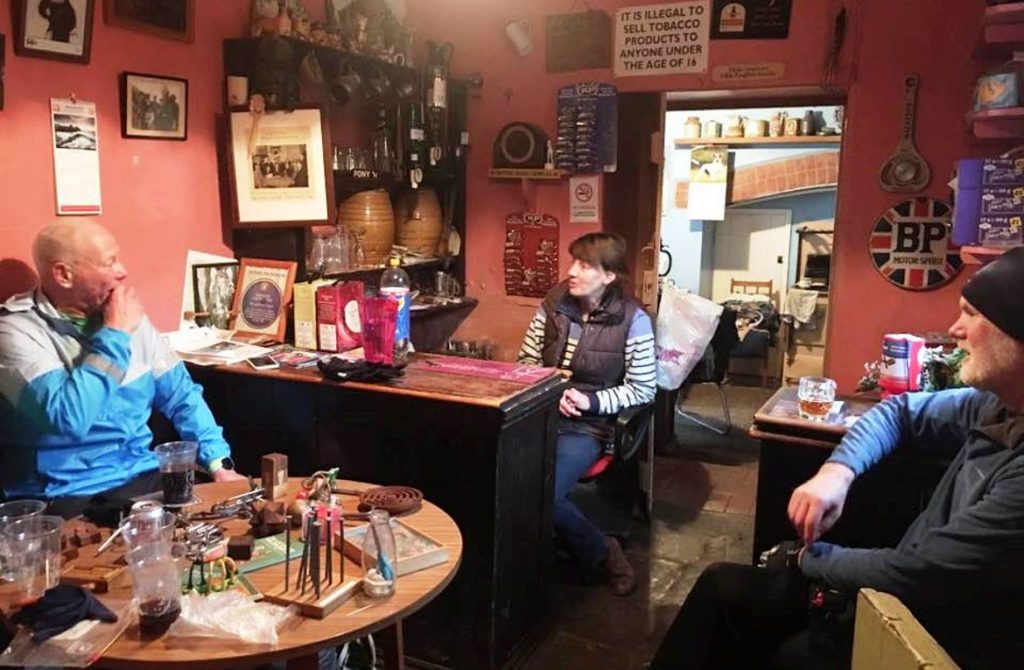 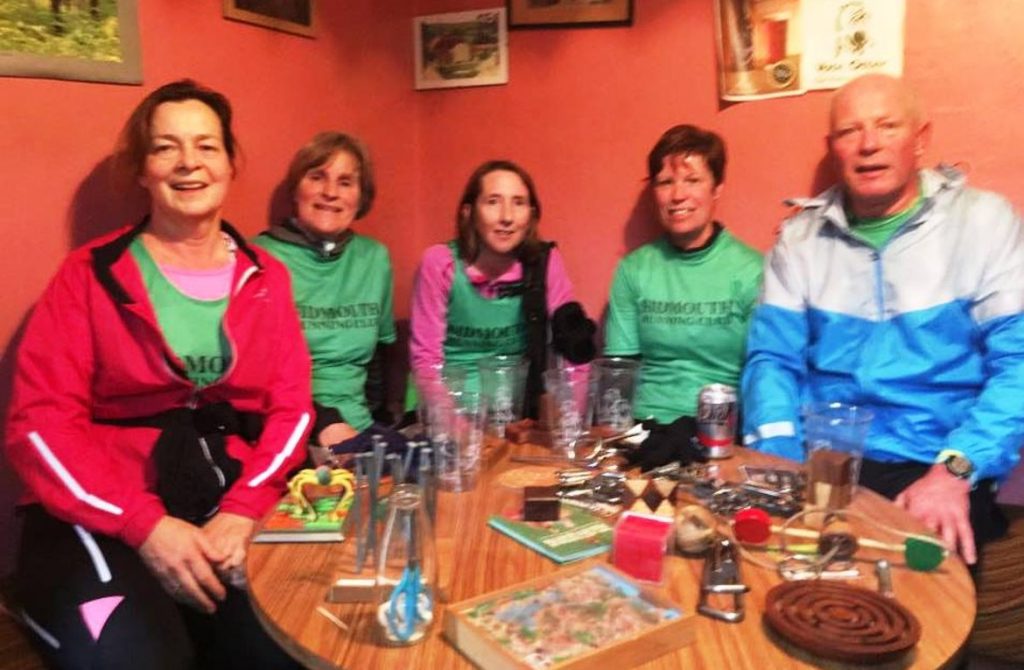 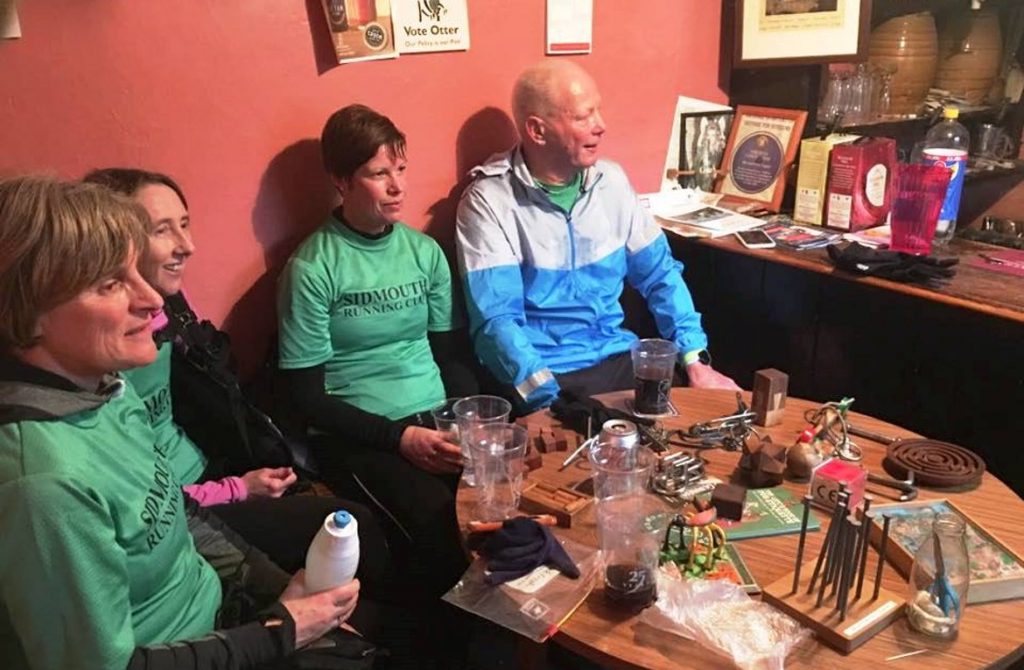 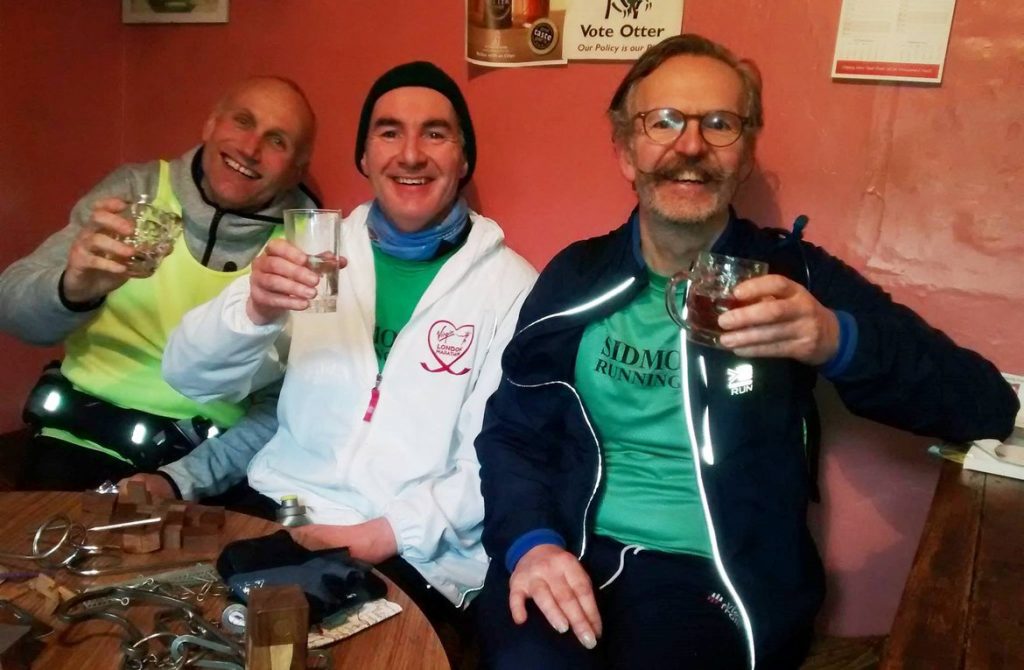 The final leg takes you through a series of boggy fields and a few more hills to finish you off. Arriving back at the Club, cold, tired, and muddy we all agreed to return next year.

As I said at the start this is a social run with no numbers or times so you have plenty of time to enjoy the views and hospitality on the way round.

Sitting around waiting for the start Don Cawthera told us he would be jogging around with us at the back but taking off his track suit bottoms he revealed a pair of shorts in minus 3 conditions! and we soon realised that this might not be the case. We lost sight of him by the end of the road and he ended up having an excellent run; his membership of the rusty runners is now under review. 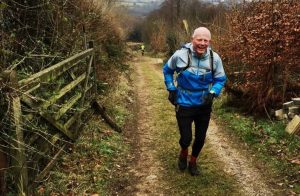 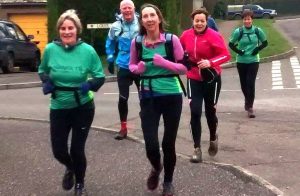 The rusty runners Helen Palmer, Cathy Keast, Monica Read and Terry Bewes along with first timer Sue Collman had their usual relaxed run at the back but as the temperature dropped further on the last leg were all pleased to finish. 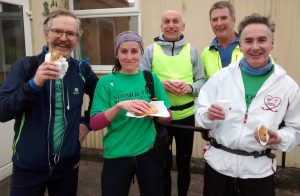 The West Hill mafia of Carine Silver, Dave Wright and Simon Hoyller accompanied by Julian Bartlett the ghost runner (he usually misses the start) and during the run you turn around and there he is, set off at their usual brisk pace but the alcohol after the third pub took its toll and they got lost.

Thanks to Cathy for the Delia energy bars she makes so well for the team. A superbly organised event by Honiton Running Club and over a £1,000 raised for charity. We shall be back in the Blackdown Hills in July to run the Beauty.