Bristol and Windsor Half Marathons

Four SIDMOUTH Running Club ladies – Jane Hemsworth, Becky Robson, Helen Palmer and Jo Earlam – travelled up to Bristol for the half marathon, making a girls’ away trip of it with an overnight stay in a rather smart Marriott Hotel. 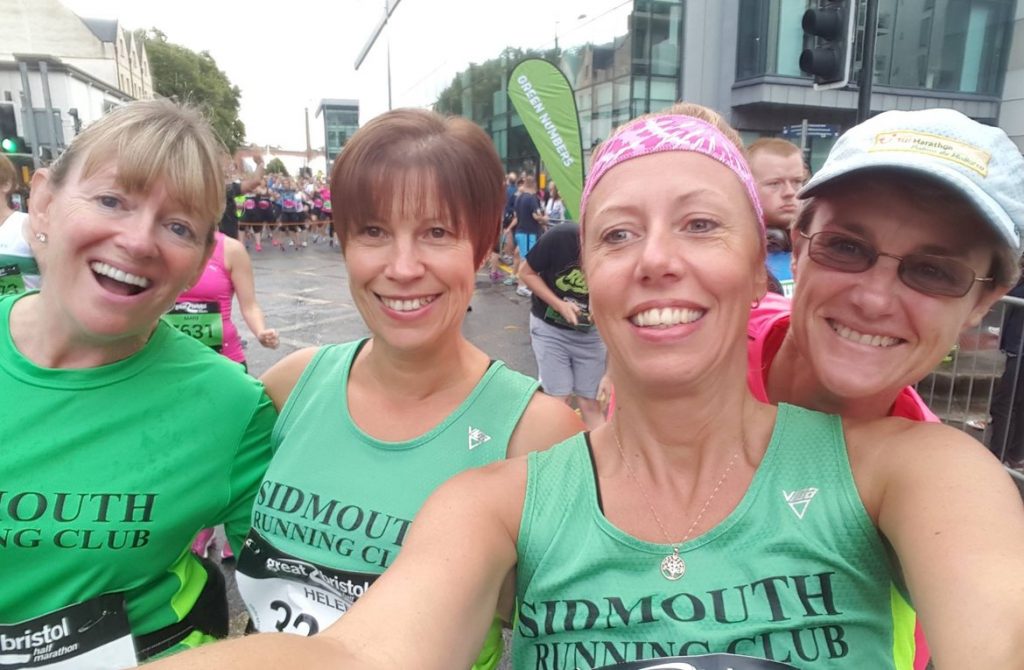 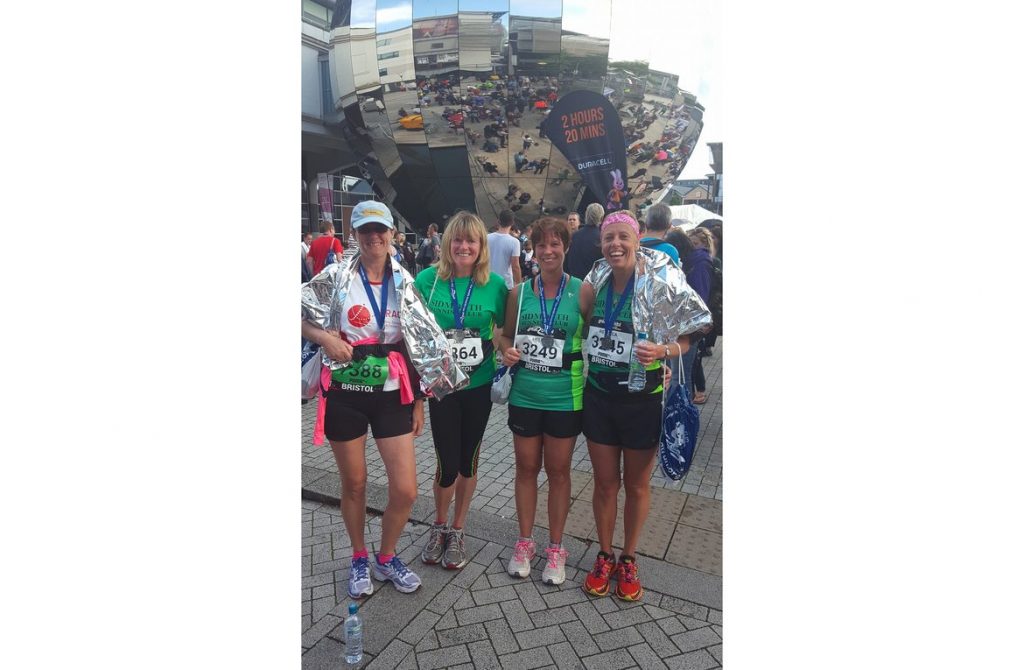 The hotel lift was the source of amusement on the morning of the run, as three of them mistakenly alighted on the 4th floor when heading to the start, prompting a bemused guest to inquire: “Have you finished already?!”. A fit of giggles later and error quickly corrected they all lined up at the start with the thousands of others competing in this popular closed-roads city event.

They all started off running together until about the four mile point, where Helen slightly dropped behind – having completed a hilly 100km cycle ride just two weeks earlier this wasn’t surprising. Jane, Becky and Jo remained close together for the whole route, Jane leading the charge and finding the energy to high-five dozens of spectating children, right up until the final run-in to the finish line. An extra competitive spurt clinched her first spot of the Mighty Green runners, in a time of 2:02:50 an excellent 16th place of 73 in her age group. Becky and Jo crossed the line together five seconds later.

Helen, having stopped in a toilet queue finished in a commendable 2:16:27 but with runners crossing the line at more than one hundred a minute that put her around 1,400 places down the field, such is the scale of this event. It was very well-organised, a great showcase of the city, brilliant spectator support, good course for a PB – possible repeat trip next year, with perhaps more of the Mighty Greens?

Meanwhile up in Windsor, Lynda and Kaylee Hawkins were running the Windsor half marathon that takes place close to Windsor Castle in Windsor Great Park. With only 6,000 places this is soon sold out and over-subscribed. 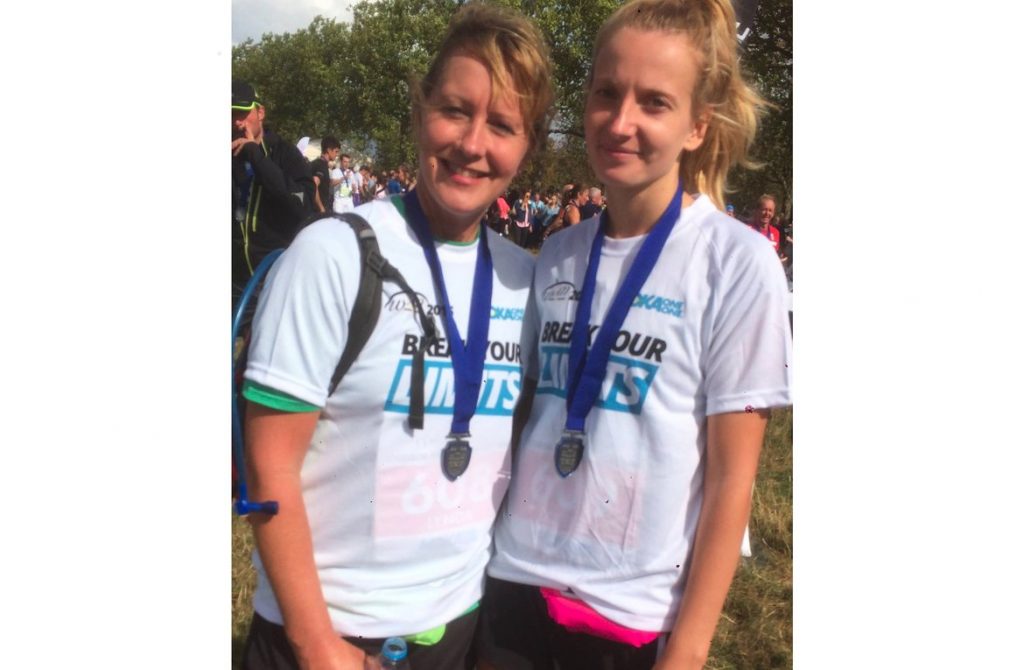 The course is two laps, one of approximately 4 miles, the other about 7.5 miles with the remainder made up by the 1.5 mile Long Walk at the start and end of the run. The course is best described as undulating. It has many flat stretches, but there are some hilly sections to make the race a bit more interesting. The final 1.5 miles Long Walk is particularly impressive. The spectacular sight of Windsor Castle in the distance beyond the finish line is quite outstanding and not something many will forget quickly. Kaylee came home in 1:54:00 while Lynda matched the Bristol ladies finishing in 2:02:00.